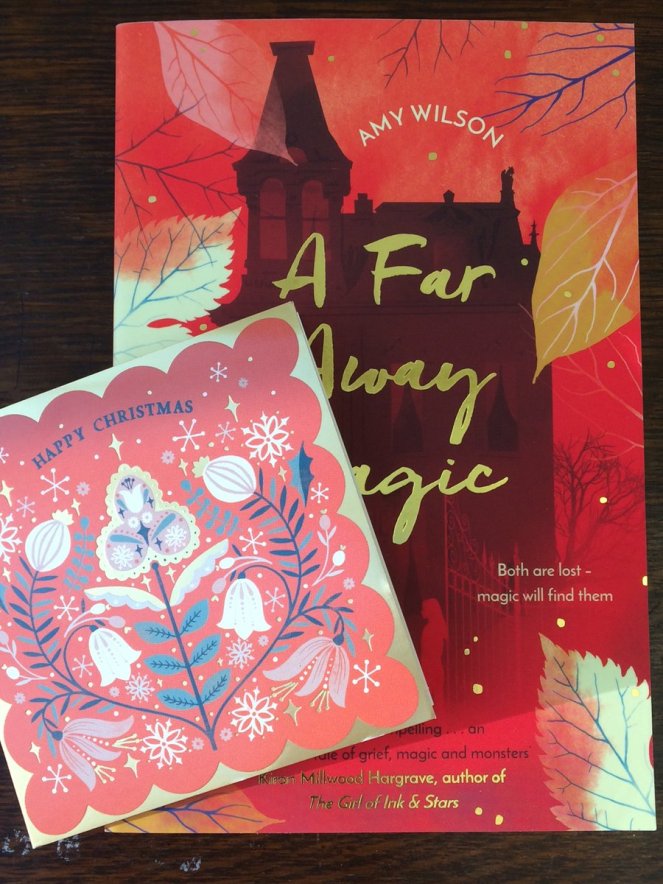 ‘A promise can’t change what you are, Bavar,’ she stares at me, and her eyes are bright, and I don’t want to see what is reflected in them. She thinks I can be like them, and still be me, not be a monster.’

When Angel starts a new school, she doesn’t want to make any friends. She is greiving for her parents, and her old life, and nobody believes her account of the incident that killed them. When she sees Bavar, she knows he isn’t human.

Bavar wants to disappear. He wants to be like any other boy at school. He lives in a house filled with his ancestor’s shouting voices – portraits and sculptures come to life to admonish him. The house also hides a rift in the world. It is Bavar’s job to stop the raksasa coming through the rift, before any more damage is done. Angel understands about that damage because she has witnessed it firsthand. She wants to fight, but Bavar keeps turning away.

Angel and Bavar must work out their differences and work together to repair the rift between the two worlds, before more people get hurt.

A Girl Called Owl is one of my favourite books of 2017. A Far Away Magic is darker in tone, but equally magical and gripping. Amy Wilson writes about subtle magic. A door in an old house hides a dark secret, and there is a sense of something lurking at the edge of everyday life. This isn’t in-your-face magic, but magic which prickles your skin.

The dual narrative was interesting. Two characters must reach the same point of understanding, but begin with opposite problems. Angel knows nothing about the power which destroyed her family, but wants to end it. Bavar wants to hide himself from others and pass as normal for as long as possible. I liked how the characters were able to reach an understanding by learning more about the situation. They were unable to change each other, but could come to a new understanding together. At the start Bavar is told that Angel will be his catalyst, but I think the books shows how we all have an impact on each other, and can enable each other to do things which seem impossible alone.

Angel’s grief is beautifully portrayed. She refuses to acknowledge or show her feelings, and pushes other people away. It was an honest and realistic portrayal of grief, and it fitted in well with the dark shadows and sense of threat. There is no suggestion that Angel should move on from her feelings, but life creeps back into her world and it starts with friendship.

My big heroine is Bavar’s Aunt Aoife. At the start she appears a bit hippy-dippy, sending him to school with a basket instead of a lunch box, and baking terrible cakes. It becomes clear she is the one who insists Bavar should have a childhood. I love the message at the end: normal can have a thousand different faces. Going to school and not fitting in makes many children feel ‘abnormal’, but good days and bad days and not feeling like you belong are all normal. It is carrying on which is important.

Amy Wilson’s writing is lyrical and deep with meaning, and she is an extraordinary talent. A Far Away Magic is darker in tone than A Girl Called Owl but I love them equally, and I can’t wait to see what else she writes.

4 thoughts on “Review: A Far Away Magic by Amy Wilson”