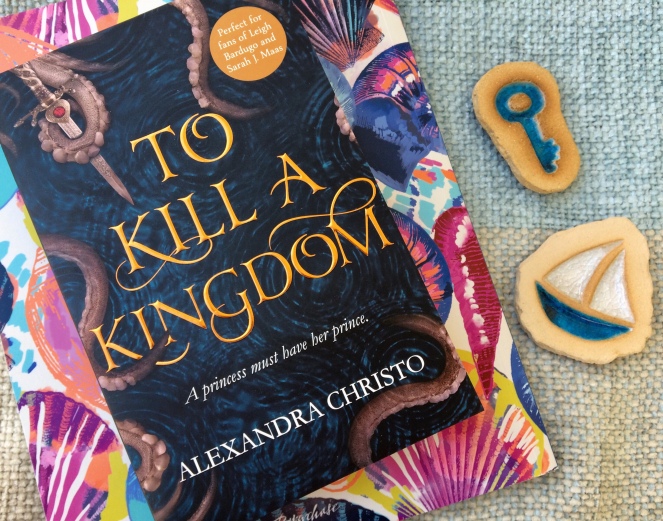 My mother would deny me the heart of a prince, but the heart of a prince would be enough to erase any bad feelings between us. I could continue with my legacy, and the Queen would no longer have to worry about our kind being hunted. If I do this, we would both get what we want.

Lira has a heart for every year she has been alive. Every year on her birthday, she kills another prince and stashes their heart in her chest. When she saves a prince from being killed by a mermaid, Lira is transformed into a human in punishment. The only way to win back the trust of her mother, the Sea Queen, is to kill the Prince Elian and deliver his heart ahead of the Winter Solstice.

Prince Elian would rather be a captain than a king. He roams the seas in his ship, the Saad, killing sirens to rid the world of their threat. When he saves Lira from drowning, he knows there is more to her than meets the eye. Could she be the key to helping him destroy siren-kind for good? Can he trust her? Can she trust him? How many deals will Elian have to make before he can face the Sea Queen?

To Kill A Kingdom imagines sirens and mermaids in all their bloody glory. It makes many references to Disney’s The Little Mermaid, but you won’t find friendly fish and singing lobsters here. Instead there is murder, revenge and hate-to-love romance.

The story is told in a dual-narrative. Both Lira and Elian narrate. This worked well and allowed us to see the same kingdoms through different eyes. My favourite part was the world-building. There is a city made of gold, a ship where a teenage prince plays at being a captain and an ice-kingdom which perpetrates its own myths to ensure a loyal following. Sounds good? If you like fairy tales you will enjoy this for the world alone.

I enjoyed the plot, particularly Lira’s transformation from a girl who would do anything her mother wanted into a young woman who thinks people should give their respect freely. Although this was fantasy, it made some very serious comments about emotionally manipulative parents. It reminded me of The Sin Eater’s Daughter in this respect.

There is also an emphasis on finding your own people. Elian would rather pick his crew than be forced to live the life he was born into. This is one of those novels where even the minor characters feel totally real. There is Madrid, the only female pirate, and Kye the fiercely-protective friend who hates it when the prince writes him off as a body-guard. The crew are loyal to Elian, and slow to trust Lira.

This is already proving popular, and I enjoyed it for the world alone. It is a strong first novel which makes a good interpretation of an existing fairy tale. I look forward to hearing more from Christo.

Thanks to Hot Key Books and Readers First for my copy. Opinions my own.

7 thoughts on “To Kill A Kingdom by Alexandra Christo”