The worst thing about living on a big estate is Noah. Viv’s mum has cared for Noah since he was a baby and Noah has always been the most important. He thinks he is far more important than Viv. Viv has grown up in the shaddow of the big house and the heir to the Belcombe family fortune.

Then Noah disappears. At the same time, his PE teacher goes missing and is named as a major suspect. Viv is forced to question everything she thinks she knows about life on the estate.

With Mum held as a suspect, it is up to Viv to figure out what has happened. A gripping and totally modern mystery. 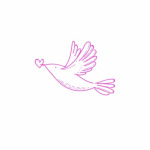 It is no secret that I love middle-grade mysteries. Fleur Hitchcock’s stories are the closest thing in the middle-grade cannon to adult crime novels. They are set in the modern day, which is fairly unusual. There is no shying away from the internet, mobile phone technology and modern policing here.

The story gives a little more detail about the crime than other mysteries. Do you remember knowing about crime dramas on television but being told they weren’t suitable? Nothing frustrates kids more than being told they are too young to handle something. These will be a hit with fearless readers. The grizzly details come in manageable doses, and the worst comes when the protagonist is safe. This allows a taste of those forbidden subjects but keeps the age of the audience in mind.

There was good tension between the main characters. Viv and Noah are forced to work together despite the fact they have spent years at war. We are able to empathise with both characters at different times – Viv has grown up feeling second-best and Noah is quickly labelled because of who his parents are. He is also under huge pressure to grow into a particular role.

The story also has a strong setting – a rural landscape of rivers and sawmills. It is easy to get lost in and full of interesting micro-settings.

A strong mystery set firmly in the modern day. The story will keep you guessing, and you want to follow Viv and Noah to a safe end.

Thanks to Nosy Crow for my arc of Murder At Twilight. Opinions my own.