Our Castle By The Sea is the story of Pet, a girl who lives in a lighthouse during the second world war. Everyone in Pet’s costal village wants to do their bit for the war effort. Some people think this means rounding up anyone who could be German or Italian. When Pet’s mother is accused of being a spy, Pet thinks she is going to lose everything that matters to her.

The story plays out against the legend of the Daughters Of Stone. Pet doesn’t think she could ever stand up and be brave like the girls in the legend but her character is about to be tested.

I loved Lucy Strange’s first novel, a brave and beautiful story about the way people with mental health conditions have faced gaslighting and manipulation. Both of Lucy’s novels take subjects which with think of as historical and make us question whether those attitudes are really confined to the past. They are the sort of books which make even the quietest of people feel brave enough to form their own views and make a stand.

I was delighted to be offered the opportunity to ask Lucy some questions, and her answers are spectacular. Thank you very much to Lucy for your time. 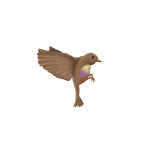 Q. Our Castle By The Sea begins with a local myth. Do you have a favourite folk tale?

A. The Daughters of Stone in the book are partly inspired by the Merry Maidens in Cornwall and Long Meg and her Daughters in Cumbria. Long Meg was said to be a witch who danced with her female followers on a Sunday – they were turned to stone as punishment, and the Merry Maidens were cursed in the same way for their lack of piety. The Daughters in my story are turned to stone for a much more heroic reason . . .  We have so many wonderfully dark and strange myths in Britain – they are an absolute gold mine for storytellers like me

Q. Your story examines the threat of a far-right ideology and the suspicion of people other than ourselves. Why did you choose to write this story? Was there any part of the theme you particularly wanted to examine?

A. When I found out about the treatment of ‘enemy aliens’ in this country and the Second World War internment camps, I felt that it was a story that needed to be told – an aspect of the war that many younger readers would not know about. I was keen to explore the feelings of anger and fear that so many British people would have experienced at this time – terrified of a Nazi invasion – and what that meant for people such as Mutti – my protagonist’s mother, who happens to be German. It was important to me to explore the feelings of prejudice and xenophobia that are of course so heightened by conflict. When a nation becomes ‘the enemy’ (through war or politics or propaganda), it is all too easy to dehumanise the individual human beings who happen to belong to that nation. It would be nice to think that in the last seventy-five years, we have developed a more sophisticated and compassionate approach, but I think we’ve still got some way to go . . .

Q. What draws you to historical fiction?

A. I love the fact that you are never working on a blank canvas. Real events from history provide the sparks for your story. The historical period gives you a detailed and colourful background for your story and adds layers of tension to the narrative. It can be restrictive too of course, as you have to ensure the timeline of the story fits with the timeline of real events, and you have to watch out for anachronisms – but I love the challenge of it.

Q. What sort of research did you do around the time period? How did this influence your story?

A. I did a great deal of research on the first two years of the Second World War – in libraries and on the internet. I also read lots of interviews with elderly residents in Kent who had lived through the war and had wonderful and terrifying tales to tell about the things they experienced. I needed enough first-hand accounts to make my narrator’s world felt real and concrete, but it’s also important not to overdo the period detail as it can feel false. Stories have their own life-force, and it can be tricky when a story pulls you away from the historical truths of the period: as a writer, you have to try to be true to your characters at the same time as keeping faith with the historical context.

Q. Please can you tell us about your writing process? How do you turn an idea into a novel?

A. I tend to develop the narrative one thread at a time, starting with the main plot and then weaving other ideas around it. I always plan very carefully and tend to write one chapter at a time, making sure I’m happy with it before I move on. Of course, I don’t always stick to the plan – characters can be unpredictable at times! – and I always go back and change things / add things in / delete scenes, but you can’t really do this until you’ve finished a full draft. It’s only then that the true shape of the story emerges. I often get stuck, and when this happens I usually go for a walk or do some housework. Sometimes you can stare at the laptop screen for hours, but it’s only when you get up and do something else that your subconscious gets a chance to fix the problem

Q. How do you give your characters a memorable voice?

A. I think the trick here is to try to be as authentic as possible. I always check that everything my character is saying and doing feels RIGHT for them, otherwise they simply won’t be convincing as a character and you’ll lose your reader. It’s vital for your central character to be three-dimensional and real to you as a writer before you put pen to paper. Sometimes I think my background in acting helps, as I often find myself trying out facial expressions and gestures as I write.

OUR CASTLE BY THE SEA by Lucy Strange out now in paperback (£6.99, Chicken House)

Thanks to Lucy Strange and Laura Smythe PR for your time.

6 thoughts on “Blog Tour: Q&A with Lucy Strange, author of Our Castle By The Sea.”

One small step for man. Like many other people I am counting down to the 50th anniversary of the moon landing. On 21st July 2019, it will be 50 years since man set foot on the moon. What better time to read up on the history of space travel? As a mid-millennial, I missed all the excitement of the space expeditions. Some Lego sets from the 1980s were floating around second hand and everyone’s parents played Bowie, but during my childhood the real interest had passed. The result was that I never learned the fascinating stories behind the missions. Reviewing books ahead of the anniversary is turning into a real pleasure. These titles from @quartokids take in the history of space science and the stories behind the moon landing. #gifted #book #books #bookblog #bookish #read #reader #reading #kidlit #childrensbooks #nonfiction #nonfictionforchildren #ks2 #science #moonlanding
Willow Moss’s family are underwhelmed by her abilities. What’s the use in having magic if you only use it to hunt for lost things. Then Tuesday goes missing, and Willow has the feeling something else isn’t quite right. She sets off on a quest with the most powerful witch in Starfell and a cantankerous monster (who is a large percent cat). Looking forward to sharing a full review on my blog. Thanks to @harpercollinsuk for my gifted copy. #childrensbooks #middlegradebooks #childrensliterature #bookstagram #bookblogger #book #books #read #reading #reader #kidlit
Happy Sunday, The field behind our house has been ploughed, the birds are circling and I feel as if I have slipped into the cover of this mystery which arrived yesterday. I loved The Famous Five and co as a child, but I am glad to see updated stories fit for the latest generation. Fleur Hitchcock is an established mystery author and this story is a bit gentler than her older titles (which are perfect for kids who are ready for the gory details of crime). Look forward to writing a full review on my blog. Thanks @nosycrow for my gifted copy. #childrensbooks #middlegradebooks #childrensliterature #bookstagram #bookblogger #book #books #kidlit #read #reader #reading #coverart #cover #illustration
Eldest. Youngest. And Middler - worse luck. Anyone who follows my Twitter will know how much I am enjoying The Middler. Remember all those dystopias about futuristic cities where kids are forced off to war/fight/work for a strange and sinister council? Now imagine the kid who got left behind. This is a brilliant way to introduce the genre to middle grade readers, who might be too young to read scenes of battle and war. The tone of this book is like a superficial innocence which masks something dark and scary. Like the songs which Maddie and her friends sing - children’s rhymes which have been loaded with propaganda. Looking forward to finishing the story tonight and reviewing on my blog. Kirsty Applebaum is a talent to watch. Thanks to @nosycrow for my gifted copy. Opinions my own. #book #books #bookstagram #bookish #middlegradebooks #middlegradefiction #kidlit #childrensbooks #childrensliterature #read #reading #reader #bookblogger #bookbloggers
Reading offers us a window into other life experiences. Lubna And Pebble by Wendy Meddour and Daniel Egnèus is the story of a little girl in a refugee camp. With nobody to play with and talk to about her experiences, she draws a smiley face on to a pebble. This is a story about friendship and resilience and it is sensitively told to give us an insight into Lubna’s emotions. (Gifted by @oupchildrens. Opinions my own.) #book #bookstagram #books #bookish #picturebook #picturebooks #illustration #childrensbooks #kidlit
Thursday means I start lining up my weekend reading. If you’re stuck on what to read, why not look at this year’s @ckgawards list? Both longlist and shortlist, to see the full range of excellent books. I’m loving the diversity of voices and forms in this year’s selection. Reading some of the featured books has totally reminded me how great YA fiction is and how many great stories are out there. What are you planning to read this weekend? (Books gifted by @riotcomms and publishers. Opinions my own.) #childrensbooks #book #books #bookstagram #fiction #read #reader #ya #yafantasy #yafiction #award #bookish #bookstagram
%d bloggers like this:
%d bloggers like this: