I could have bought another bag of candyfloss with my last pound instead of wasting it on this massive disappointment. I shook my head, beating myself up about how Wonderland gets you every single time, like everyone who walks in has ‘sucker’ written on their foreheads. 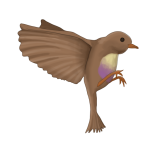 Socially awkward teenager Alex is used to life being disappointing and he’s resigned himself to another summer of total nothing. Then he gets a job at the local amusement arcade, Wonderland, and makes friends with the kids who work there. He even develops a crush on a boy with the perfect dimples – a boy who is horribly in love with a girl.

Mysterious and threatening notes start appearing around Wonderland, a park which is already under the shadow of debtors. Alex and his friends Ben and Efia start vow to save Wonderland and to bring it into the 21st Century.

Who could be guilty of the notes? Will Alex ever get a boyfriend or is he a lost cause? A hilarious contemporary novel which follows one summer in the life of a teenager.

Roll up, roll up for another summer of boredom in a run-down seaside town. At least, that’s what Alex is expecting, but putting himself out there and making friends leads him into an adventure. Albeit an adventure which involves a tatty flamingo suit, a banged head and chasing after another hopelessly unavailable boy.

Alex is the socially awkward kid most bookworms relate to – or remember being. He’s painfully aware of his every mistake, every blunder, and he lives in fear of the next social slip-up. It was lovely to see a book which really explored how it feels to navigate the world in this constant state of fret. Too many YA characters appear impossibly sorted. We’re rooting for Alex to have his moment, but more than that we want him to find the right guy.

The arcade mystery was great fun, with a wide cast of characters who could have been responsible. As equally as I wanted Alex to get his guy, I hoped Wonderland would be saved. Wonderland is very much like Alex. Quirky, mildly embarrassing, and sometimes perceived as ridiculous but a place which has brought many people great happiness. Why would anybody want another identical development, even if it is sleek and attractive?

It is difficult to talk about the mystery solution without too many spoilers, except that it fits too perfectly with the rest of the story. There’s more too it than that, though, and Alex comes away happier and more confident which seemed like the most important thing.

A wonderful summer read which shows how friendship and excitement can be found in the least wonderous of places. Add this to your reading pile and prepare for a wave of nostalgia. Being a teen sucked, but wasn’t it magical? Another hit from talented writer Simon James Green.

Thanks to Scholastic UK for my gifted copy of Alex In Wonderland. Opinions my own.

3 thoughts on “Review: Alex In Wonderland by Simon James Green”