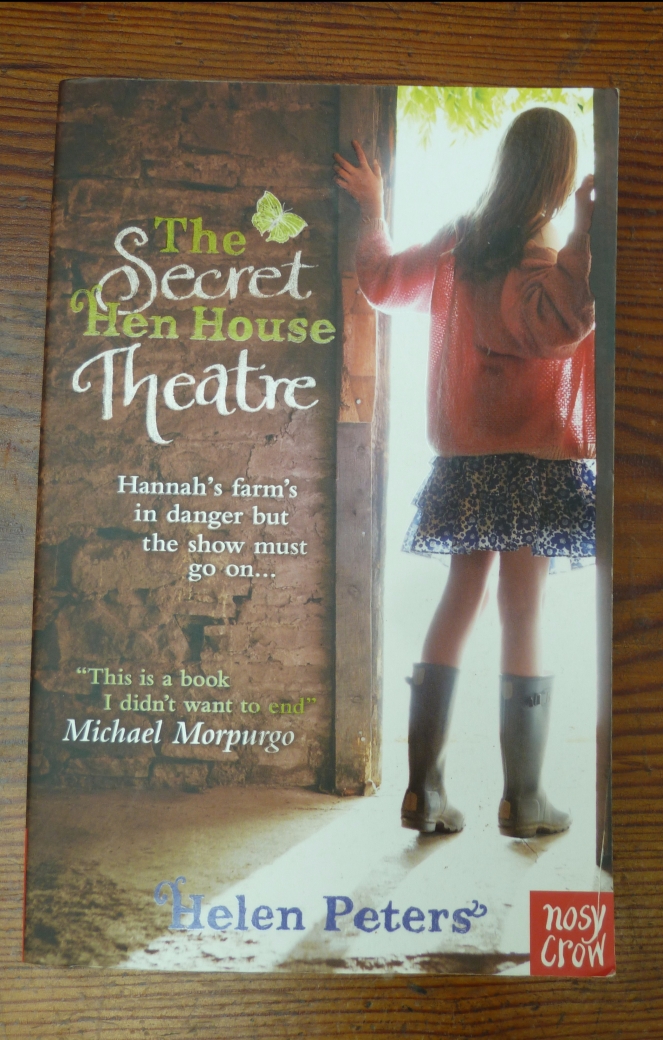 Hannah ducked under a branch. Holding the twig in her mouth, she inched forward, snapping twigs and moving brambles aside with her gloved hands. The gloves were thin and the thorns pierced through them. Brambles clawed into her coat and hat and she had to keep stopping to pull herself free. Lottie followed her, letting out shrieks and moans as twigs sprang back and scratched her face.

‘What will they say at school tomorrow? We’re going to look like we’ve been in the First World War trenches.’

Hannah wriggled under a hawthorn bush, and out the other side. She shone a torch in front of her, expecting more brambles. But the beam illuminated what looked like a hedge of ivy.

Lottie squeezed through the bush and got to her feet, rubbing her bleeding face. She moved her torch up and along the ivy-covered surface.

Lottie pulled at the ivy-tendrils. ‘

She turned to Hannah. They could just see each other’s faces in the glow from the torchlight.

”I can’t believe it,’ said Lottie. ‘It’s been here all this time and we never even knew it existed.’ 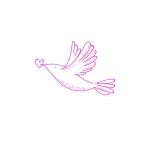 Since the death of Hannah’s Mum, her Dad has been unapproachable. Now the landlord has doubled the rent of the farm in a bid to evict them and develop the land. Farming is Dad’s dream, Dad’s life. It is in his blood. The family have farmed the land since the end of the Second World War. Now they will lose the farm for what? A block of flats?

Farming takes over Dad’s thoughts more than ever. Farming and saving the land. When Evie says she wants to be an actress, Dad tells her to stop playing. If she wants to win the play writing competition, she’s going to have to do it herself. So what if you have to belong to a professional company? Why not set one up in the abandoned Hen House. It’s only Evie and her friend Lottie. Dad will never find out, will he?

Except Hannah has nosy siblings and jealous rivals to contend with, as well as all the items she’ll have to ‘borrow’. The ones nobody has touched since Mum died. As Dad’s dreams fall to pieces around his shoulders, Evie’s are set to come true.

Will they be able to pull it off, and get The Secret Henhouse Theatre into production? Will they keep it secret from Dad? Will there be any farm left to hide a theatre in?

A story of determination and empathy. The Secret Hen House Theatre is a book I sold a lot of as a bookseller, and it was one customers came back and raved about. It was one I never got around to at the time, but having enjoyed Evie’s Ghost this spring, I was determined to fit it in somewhere. All I can say is it was worth the wait.

Helen Peters is skilled at showing a child’s perception. In some children’s books, young characters are gifted with adult-like knowledge and skill sets. Remember what it was really like to be eleven or twelve? When packing your own book bag was (possibly) still a chore. Saving the world makes a great story, and for Middle Grade readers is a great escape from a life still controlled by parent influence, but it is important for readers to see their lives reflected in characters. It is also interesting, as an adult reader, to see how Hannah makes choices informed by limited knowledge, and experience of the world.

One major theme is social inequality. Hannah may live on a farm, but her Dad is a tenant farmer, and has found himself a single parent. There is no money. This is relevant all over the country, but particularly in places like Sussex where one child has no money, and the next has two parents commuting to London, or parents who own a string of businesses. Children become aware of these differences at the top end of middle grade, and it is good to have characters like snotty Miranda, who think a little too much of their skiing holidays and designer clothes.

I loved the theatre. It was a beautiful idea, and I loved how it illustrated Hannah’s determination to be herself despite her Dad’s feelings about acting as a career. People tell

her she can’t do it, but her ambitions are there, under the brambles at the end of the field. And there they thrive.

Helen Peters has a book out this Christmas, and I’m hoping to find it in my stocking. If you’re looking for great writing which helps us to understand one another a little more, look no further.

A Kitten Called Holly is available from the 5th of October 2017.

2 thoughts on “Underneath the Brambles. The Secret Hen House Theatre by Helen Peters”